The announcement of Xiaomi Watch Color turned out to be sudden and partly secret, because the Chinese company decided to hide

characteristics and price of the device. Still, a day later a photo of the smartwatch box with specifications appeared on the Web, and now Internet users have learned the price of the gadget.

On Weibo the photo from the store “lit up”Xiaomi, where an advertising stand with Xiaomi Watch Color got into the frame. Judging by the image, the watch will fall on store shelves with a price tag of ¥ 799 (yuan) or $ 115. If the Amazfit GTR had not fallen in price, then Xiaomi Watch Color would have become the most affordable “smart watch”.

Recall that Xiaomi Watch Color will get round1.39-inch AMOLED display with a resolution of 454 × 454 pixels. Bluetooth 5.0, GPS + GLONASS are responsible for communication with the outside world, and the gadget is powered by a 420 mAh battery. This is 10 mAh more than the 47 mm Amazfit GTR. Among the additional chips are NFC, 5ATM water protection, activity and heartbeat tracker, as well as the built-in XiaoAI Assistant.

On sale, Xiaomi Watch Color will appear on January 3, 2020, but so far only in China. 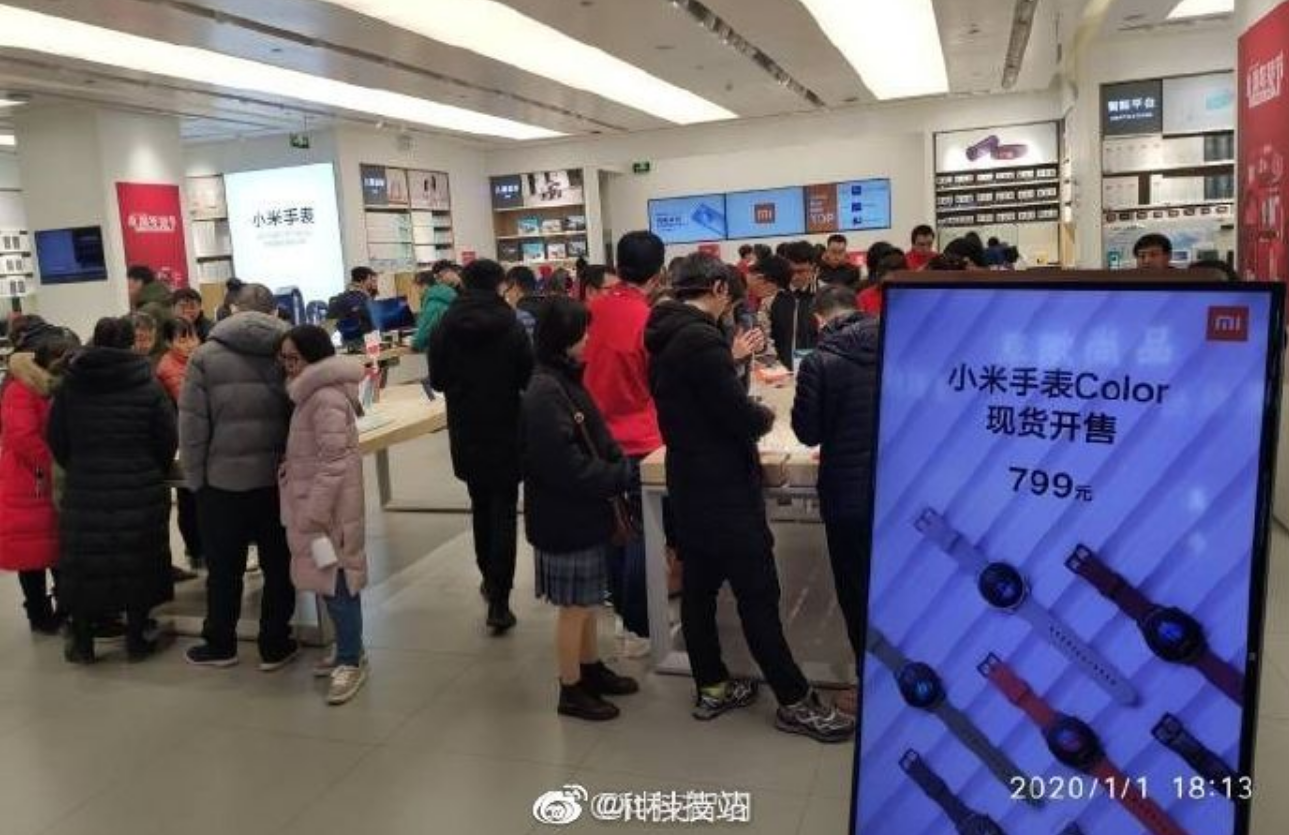