The network has images of the new design of smartphones Huawei P30. The company filed applications in May of this year,

but published them just a few days ago.

This year, Huawei released smartphones Huawei P30and P30 Pro in Black, Aurora and Breathing Crystal. According to the source, at the upcoming IFA 2019 event in Berlin, the company is going to introduce new color options. 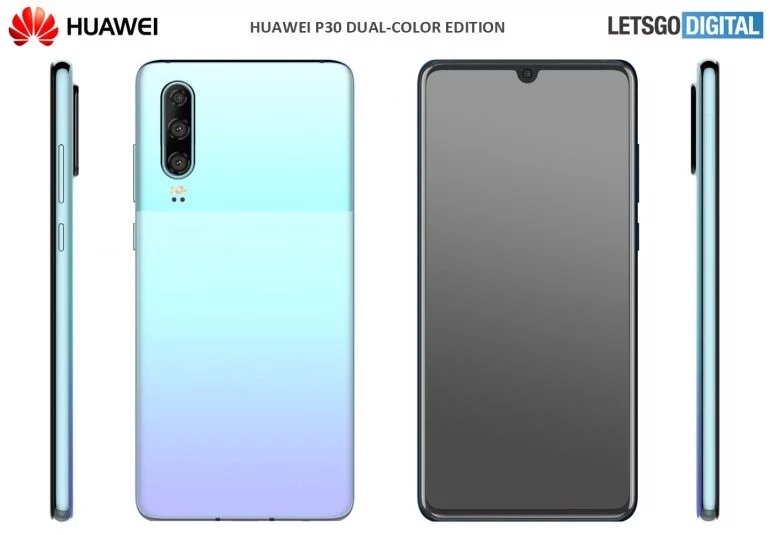 One image shows a two-color versionwith a sharp transition from one color to another, like the “Panda” of the Google Pixel 2 XL. The second patent is the same, but with an already familiar gradient, similar to the “Breathing Crystal” in P30.