More recently, the segment of armor-piercing, protected by a smartphone was something closed, the devices were

expensive, they were bought mainly by variousservices, whose work is associated with extreme conditions, military, and still quite wealthy travelers. Today, smart phones in this segment are becoming more affordable, and there are more and more offers on the consumer market. Now not only lucky units, but also buyers of the middle price range can afford the IP68 protection standard.

Chinese smartphone manufacturer Popteltries to promote secure and technological devices on the market, making them even more affordable. Recently, the company introduced the new P8, which we now take a closer look. The appearance of the smartphone leaves ambiguousthe senses. With the back panel, everything seems to be in order, everything is as it should be - rubberized plastic, brutal relief, which makes the phone more ergonomic, a standard platform for a fingerprint scanner, strong side edges made of metal. In addition, security emphasize boltikivtiki. Through the perforation or rather the grille. A large multimedia speaker is viewed. The connectors are closed with rubber plugs so that water does not penetrate, because of the design, you will have to look for a cord with an extended USB plug, the standard one may not reach. As for the front panel, in the eyes immediatelythrow a wide frame around the five-inch display. In addition, the device is quite overall, but on hikes this is not critical. Receiver for simok hybrid, the rest of the control buttons on the standard places. There is an additional button that is the trigger of the camera. Without unlocking the device, you can immediately take a picture, which is convenient in difficult conditions. With the display here is not very rosy, the matrixTN is used, respectively, the viewing angles are small. However, you can always take advantage of the disadvantage - outsiders will not see what is on your screen. The resolution of the matrix 960x480, which is very small, is also not a very good color rendition, the screen is frankly yellow. Multitouch only for two touches, works fine, without errors. Of course, no oleophobic coating. But everything is fine with brightness, the reserve is enough for sunny weather. 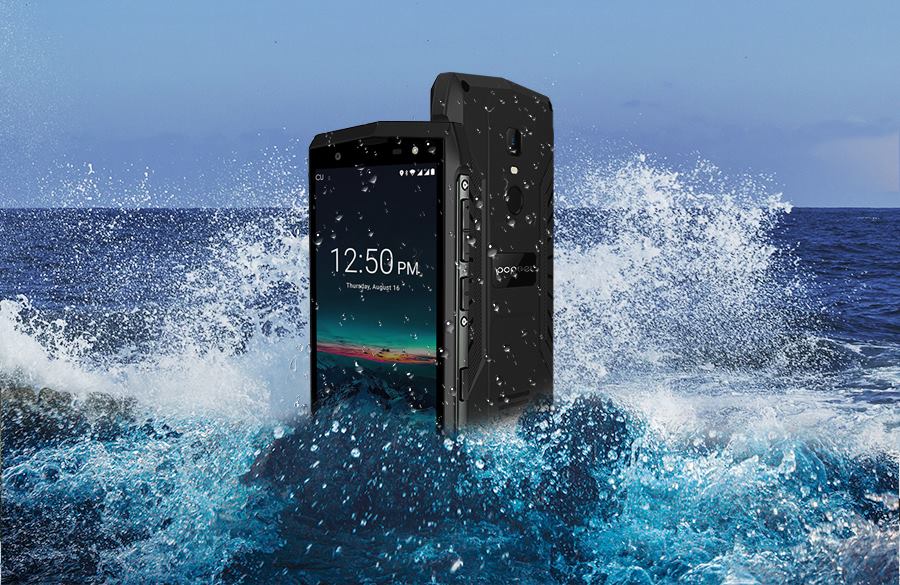 Hardware traditional forstate employees, the chip is installed cheap MT6739 from the company Mediatek, it’s good that there are 2 gigabytes of RAM, the PowerVR GE8100 accelerator is responsible for the graphics. The performance of such a bundle is predictable - for the standard everyday tasks of the smartphone is quite enough, in addition, the low resolution of the display does not eat off extra resources, so the interface works quite smoothly, without hanging. At low settings you can even play some modern games, but more than 30 fps can be expected. But the same tanks are quite playable at such a level, however, when there are a lot of elements (shootout), then fps drops to 15. Heating at the device under high loads is not verya strong, maximally rear panel heated up to 39 degrees, but since the smartphone is not metallic, there is no discomfort for the hands. For its price segment is a very decent result in gaming opportunities. The connection is normal, keeps the network the same asother smartphones from different brands and different cost. But if the connection is not very stable, 4G often jumps lower - on 3G. Speaking speaker loud, it is clear, detailed, without distortion. In headphones, the sound corresponds to the level of the processor, for music lovers, there will be a lack of normal bottoms, and even the top stick together.

About cameras, in general, nothing to say, standard8 and 5 megapixel sensors, with normal picture quality only in good light. The charge of the smartphone keeps the standard, enough for a day with a moderate operation.