Tecno introduced in Russia two of its smartphones at once, built around photo opportunities - Camon 19 Neo and By the way, the manufacturer deciphers the name of the line, Camon, as “Camera is always on”, that is, smartphones designed “around the camera”.

The base model - Camon 19 Neo - received the Helio G85 processor from MediaTek as a basis. The screen size of the device is 6.8 inches at FullHD + resolution.

In Russia, the model will be sold in a modification with 6/128 GB of memory. 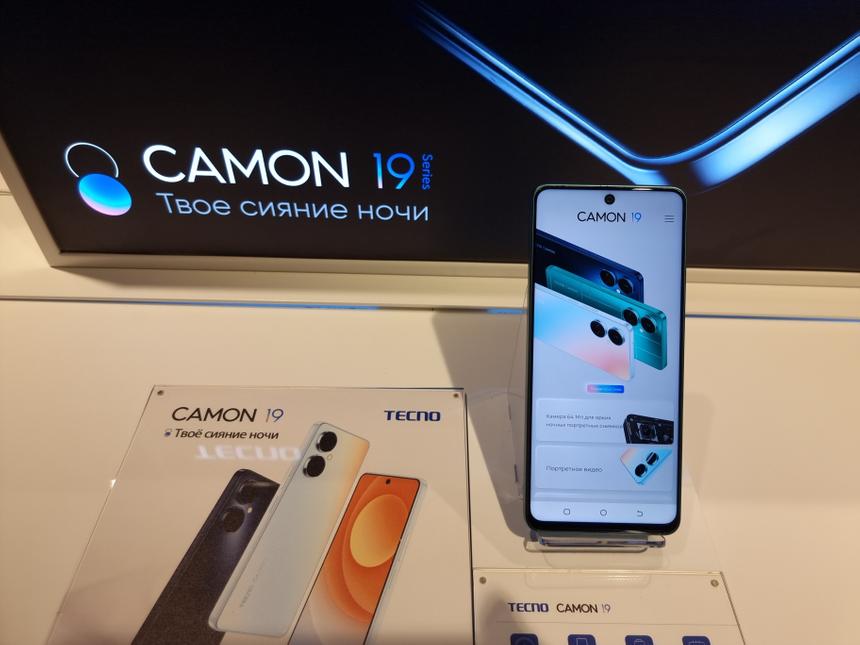 More advanced model called Camon19 pro. It also has a 6.8-inch IPS display with a resolution of 1080 x 2460 pixels. The basis for the device was a more powerful processor - Helio G96 from the same MediaTek.

The main camera is more interesting here, besides it is also triple. The first module is 64 megapixels, the second is 50 megapixels, and the third is 2 megapixels. The selfie camera can take 32MP photos.

Note that both devices work out of the box.running the latest Android 12. Included: charger, case, film. The warranty is 13 months (no, that's not a typo, one month over the standard).

It will be possible to buy Tecno Camon 19 and 19 Pro in the stores of brand partners, such as DNS, Ozon, Citylink, etc. Prices will be announced a little later.