reality is used in various fields.

Western retailers have been testing for several years.virtual trading rooms before building real ones. Design store layouts in VR, conduct tours for focus groups, collect metrics and only then decide what to bring to life. 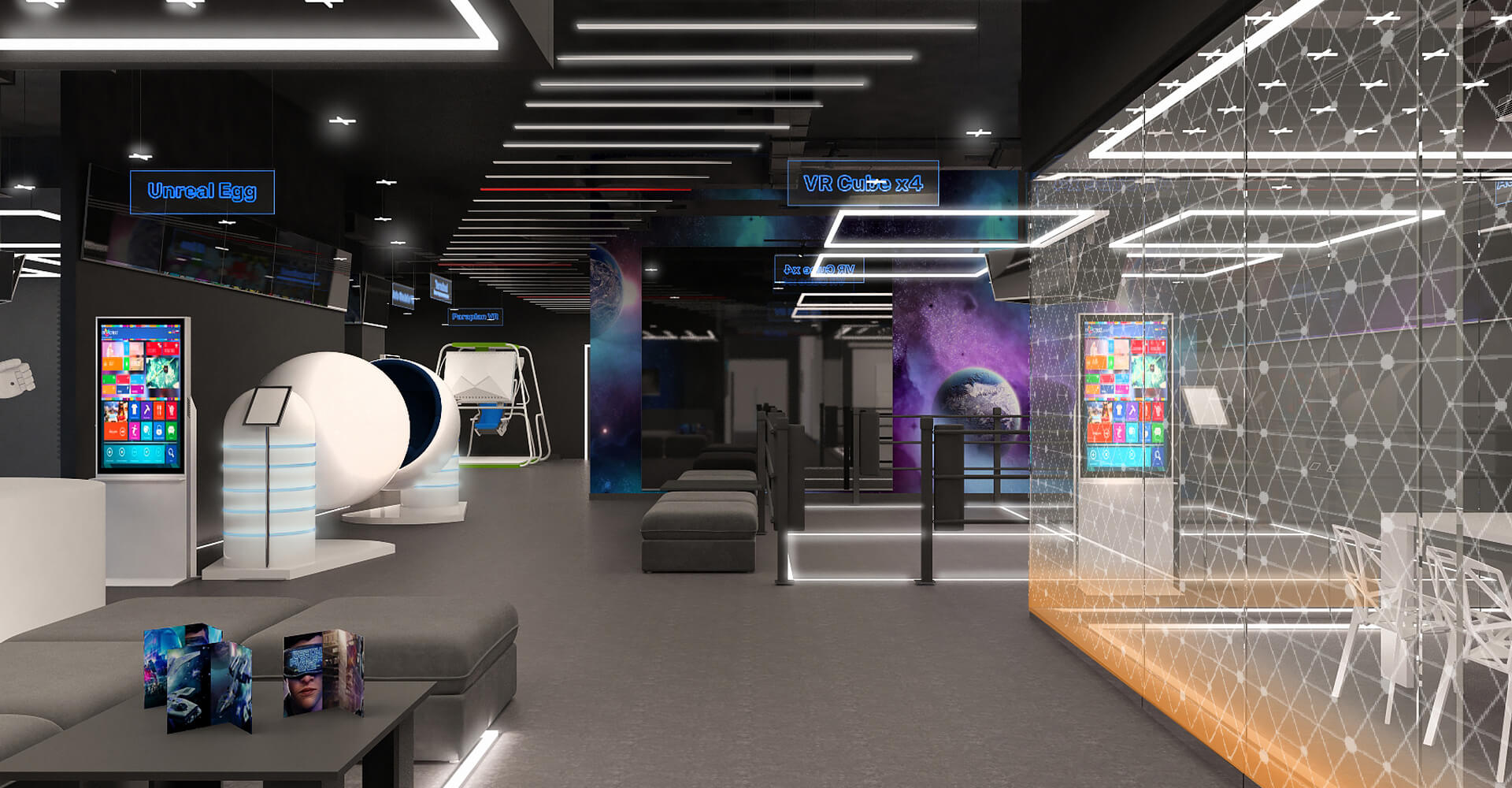 VR can simulate almost any type.real space, so it is often tested in the service industry. Assurity, a New Zealand-based company, using virtual reality tested how well Christchurch airport space is being used. They revised the layout and made it more convenient for passengers.

An important industry in which virtualreality is labor protection in the workplace. VR modeling is used to prepare workers before going to construction sites, as well as for training flight attendants in case of emergencies in the cabin. VR allows you to test complex scenarios of user behavior - for example, the passage of customs at the airport by passengers

With VR, you can treat some mental and physical illnesses. The most successful area of ​​application is the treatment of phobias.

VR opens up many opportunities in the fieldeducation. In addition to the obvious lectures and excursions, virtual reality is used to create various simulators. They allow students to develop skills without the risk of failure in the real world. In the West, it is widespread in the training of astronauts, military, pilots, drivers, as well as in primary education. Virtual reality in the treatment of arachnophobia

With the spread of virtual realitymore and more designers want to try themselves in this area, which is not surprising. Therefore, today many articles and entire blogs are devoted to technical constraints, tools, and approaches to creating a terrific user experience.

On the one hand, it works for the specialists.way, but on the other - does not allow to consider the main aspects of immersion in virtual reality. There is a feeling that designers are too quickly moving to the creation of VR-interfaces. Although it is worth figuring out how this differs from everything that they did before.

When a designer creates a website or application fordesktop or mobile, it allows the user to decide on what to focus. But when it comes to VR, the designer places the user in the content he developed: affects all the senses. At least for most of them.

This is a huge responsibility and the main problem of UX in VR. Therefore, first of all, designers should think about the system of organs of sense of their users.

Designers design interfaces thatappear right in front of the user and stay there when he turns his head. That is, do not leave the possibility to ignore them. In this regard, there are already a number of recommendations about how far from the eyes should be objects and texts in three-dimensional space.

But questions remain that require close attention.attention in each case. People may experience discomfort when something penetrates their personal space. Therefore, it is worth giving users the opportunity to choose, for example, the distance that a zombie can approach them in a shooter.

Another important point concerns the peripheralview. It is less sensitive to detail, so objects that are located in its range are not clearly visible. On the other hand, they can cause significant anxiety, especially animated, because peripheral vision recognizes movement very well. So that the user is not distracted from the content, such objects should be avoided.

The second important thing that is completelycontrol in VR, is the sound. The human brain is able to distinguish the most minor fluctuations that come from different sides, and determine their source. An experienced designer can create very powerful spatial illusions only with the help of sound, without a picture - listen to this.

When the effects of sound and video are combined,the illusion of immersion becomes extremely convincing. But there is a catch: when the sound and the image are synchronized badly, the illusion is destroyed. If it is necessary to show the user of a dinosaur in virtual reality, it is important to accurately associate sounds with its location: so that the sound from the left foot goes to the left, from the right foot to the right, and the roar comes from several places at once.

The sound adds realism. In the work on one game, the team of sound engineers discovered that if you place the sound source above the character's head, you will feel that it is under water or underground. The effect was perfect for the particular game scene they were working on: the action took place on a submarine.

It is due to its persuasiveness that VR is used intreat phobias and subject patients to this experience. But such sessions are planned in advance and carefully monitored. Unintentional user immersion deep under water may not be the most pleasant surprise.

Now taste and smell do not play an important role whenimmersion in virtual reality, but perhaps this will change in the future. Most likely, the user will have to use some kind of invasive physical interface to convey the taste.

Smell easier. Already, there are companies that offer virtual reality masks that act on olfactory receptors. This can also be useful in different directions - from the gaming industry to psychotherapy sessions, because smells can evoke memories and emotions that can enhance the user experience.

In VR, you can grab, pull, push,rotate and move objects just like in the real world. But the problem is that in fact they do not exist. The handheld controllers, which are simultaneously the control interface and the sensory feedback mechanism, help solve the problem.

Another solution is various types of gloves, finger clips, and even tactile full body suits. All this allows to perceive virtual reality.

Another question is whether touch always improves experience.interaction with VR. For example, one can easily imagine how tactile feedback makes a bat hit the ball more real in a virtual baseball game. But will it improve all possible interactions? Will it cause alarm every time you scroll the map and each time you press a button?

Such studies are only to be conducted and, on their basis, develop recommendations for VR.

Proprioception is the sensation of your body in space. It arises from the processing of data from receptors of a special type and provides information on the position of muscles, joints and tendons.

A person feels in what position hislimbs, and evaluates the pose of the body as a whole, knows where and with what speed it moves, can estimate the muscular effort necessary for some kind of movement. All this is proprioception.

Together with vision, touch, sense of balanceand spatial orientation, which provides the vestibular apparatus, proprioception allows you to perform familiar actions automatically. In the real world, this happens as follows: the brain receives information from different senses at the same time and immediately understands what is happening, but problems may arise in VR.

Designer can fully provide perfectsound and picture, but can not always affect the proprioception and vestibular apparatus. Hence, seasickness, about which everyone probably heard in the context of virtual reality.

Imagine: you see yourself through the eyes of a virtual reality character who bends down to pick up an object from the ground. At the same time, the body itself signals the brain that it does not actually move. The brain decides that you have used drugs or poisoned and now you see a hallucination, and wants to get rid of the threat, causing vomiting.

To minimize this sensory conflict,designers use different approaches. Some of them are based on the restriction of movement in a virtual environment, for example, creating a space the size of a real room. Others - on the use of teleportation instead of walking and running, which, of course, not the best way affects the realism.

Over time, not only the technology market changes,but also ways of consuming content, communicating and even thinking. Remember how small children are now trying to control physical objects like sensory interfaces with gestures, and you will understand that this is indeed so.

Therefore, the decisions that we make nowworking with virtual reality is largely determined by how the next generation will interact with the world. To deal with existing problems and discover new ways to use VR, it is not enough to use other people's schemes and recommendations.

It is important to understand first-hand what the difficulties lie and to offer our own solutions to problems. The advantages and disadvantages of each of them will be the first step to creating an impressive UX.